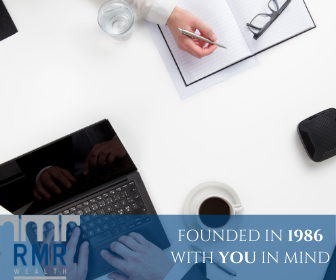 The herd mentality in investing, and financial markets or “herd bias” is a common occurrence and one that needs to be avoided by investors at all costs. In this post, we outline some examples of what herd behavior in financial markets looks like.

A Bloomberg Intelligence index of ETF’s used by retail investors saw outflows of $2.8 billion for the week ending March 20th, its first net outflows of the year and its largest in over two years.(1) BlackRock’s iShares Core S&P 500 ETF (IVV), an industry bellwether particularly popular with retail investors, endured 8 straight days of outflows totaling over $8 billion in assets beginning on March 16th. (2) Similarly, Vanguards S&P 500 ETF (VOO), perhaps representative of the strongest retail investor base bled out over $4 billion in just one day on March 18th. (3) Even the hallowed Barclays Aggregate Bond Index, the conservative fixed income benchmark comprised of US Treasuries and investment grade corporate fixed income issues which is so often the cherished safe harbor in falling markets, gushed over $4 billion that same week. (4) Money was expeditiously pouring out of the market, irrespective of asset class. The selling was broad, deep and swift. Investors wanted out, selling whatever they had and moving to cash. This was the worst week for the markets since the financial crisis of 2008, with the S&P 500 losing over 15% for the week and over 30% for the year. (5)

Tracking the biggest and most appropriate investments with respect to how much money is coming in or going out can often help provide a glimpse of investor sentiment to see what areas investors are investing in or moving away from. Fund flows represent the amount of new money coming into an investment less the amount being redeemed by investors. During advancing markets, funds tend to flow heavily into equities, while declining markets tend to show funds flowing out of equities and into safer investments such as fixed income or cash. With uncertainty and volatility at its peak during the week of March 16th, many investors were simultaneously reaching the breaking point and throwing in the towel, as evidenced with the torrid outflows from the equity markets and to a lesser extent the fixed income markets as well.

In behavioral finance, herd mentality bias refers to investors' tendency to follow and copy what other investors are doing. Herding behavior in finance is largely influenced by emotion and instinct instead of objectivity and rationality. Emotions such as greed, fear and panic can drive valuations in investments to extremes, and cause herding behavior in financial crisis. . The pressure that builds to conform with the masses, the idea that there is confirmation and solace amongst the actions of an apparent majority become motivating factors in lieu of objectivity. With respect to financial markets, one of the greatest examples of herd mentality exhibiting a strong negative bias over investments was during the dot.com bubble of 1999-2000, where thousands of upstart technology companies were trading at exorbitant price multiples while not operating sound business models or generating sustainable revenues and profits. Investors haphazardly and blindly piled into all types of companies with a “dot com” suffix, eschewing traditional metrics of feasibility and driving the tech heavy NASDAQ index up over 400% in 5 years. (6) As the markets continued to rise, investors indiscriminately poured unprecedented amounts of money into the markets. Many people were quitting their jobs and dropping their careers to become day traders. Irrational exuberance, albeit unknown to the masses at the time, was at its highest point. Then the bottom dropped out, suddenly and quickly. By October 2002, the NASDAQ lost over 78% of its total valuation, wiping out over $1.75 trillion in wealth as many of these companies failed and went out of business, with investors losing billions of dollars along with them.(7) As fast as money flew into those investments to drive up valuations, it flew out of those investments to drive down valuations. For those who followed the pack, they were often too late to get in following the herd on the way up, and too late to get out following them out on the way down. Within the context of herd mentality bias, the most critical aspect of following fund flows is to understand that the money that you are looking to follow is already where it is and has been there for some time. Looking back, it’s challenging to understand how such a hysteria could be justified. It all seems so obvious. But herd mentality and media portrayal and the other variables that can incite mania can be very powerful and influential forces. While hindsight is always 20- 20, history and experience so often serve as our best teachers going forward.

Many great investors have adhered to the time honored principle that the time of maximum pessimism is the best time to buy, and that the time of maximum optimism is the best time to sell, which is basically the exact opposite of the herd mentality. What we see in situations such as the recent market drawdown precipitated by the coronavirus and the dot.com bubble of 2000 is that the correlation between extreme investor sentiment and either euphoric buying or irrational fear driven selling is very high. What we know about emotional decision making is that it is rarely in our best interests as investors. While this is not to say that such decisions are not temporarily beneficial in making us feel better, they are most often very detrimental to our long- term investment philosophy. As magnified as our emotions can make a situation appear in the present, more prudent and levelheaded decision- making allows us a more enduring and abiding pre-investment due diligence and investment philosophy. What happens today or tomorrow, in 3 months or 6 months, or even 12 months or 18 months looks much different when we demonstrate the patience to pull back and view it over the long term and factor out the emotional biases that are immediately prevalent in the present. As Warren Buffet once said, “once you have ordinary intelligence, what you need is temperament to control the urges that get other people into trouble in investing.” Stay the course.