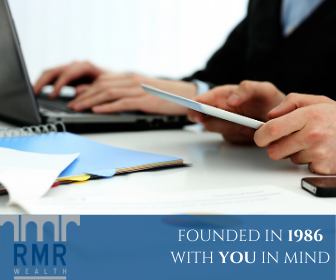 What the Unemployment Numbers Tell Us

As the coronavirus pandemic has brought the economy to a virtual standstill in forcing many businesses throughout the country to shut down, the number of Americans filing for unemployment claims surged to a record 6.6 million on Thursday, bringing the two week total to almost 10 million. (1) The ominous single week tally shatters last week’s inauspicious record setting number, which trounced the Great Recession peak of 665,000 in March 2009 and the all-time mark of 695,000 set in October 1982.(2) These numbers serve as an initial reflection of what is expected to be a continuously rising number as the country remains in total lockdown mode to combat the contagion of the coronavirus. As unprecedentedly massive as the numbers were, it was somewhat expected in that corporate shutdowns and layoffs had become more and more frequent and widespread in the preceding weeks. While it is possible that those numbers should have been even higher, with reports of many claims going unplaced with online websites crashing amongst such high site traffic, the markets initial reactions were muted to some extent considering that such reports are reflective of information we already know. The first report was a little better then expected and the markets rallied after the release. The second report was a little worse than expected, and the markets pretty much held their ground after an initial pullback (please note that a larger intraday rally ensued shortly thereafter with President Trump announcing potential oil cuts for Saudi Arabia and Russia). Regardless, both reports reflect an immense initial spike in people not working that will continue to grow for at least the next several weeks. There will be an increasing number of filings as more businesses are either forced to shut down their operations or simply become unable to pay their workers amidst shrinking demand. The longer the duration of the shutdown, the more people will become unemployed. This week we’ve seen Macy’s, Kohl’s, JC Penney and many others issue mass layoffs, with the ranks of the unemployed continuing to grow much larger before it is ever reflected in the economic indicators that account for them. The damage is done directly with businesses immediately laying workers off, and subsequently indirectly in the growing ranks of the unemployed not being able to support other businesses through their expenditures. These were the first reports in what will be a wave of ugly employment data, reflecting the widespread damage that is being done to the economy as the result of people not being able to work.

While many look at the unemployment rate as a predictive factor in determining the probabilities of a recession, the novelty of this situation dictates that the issue becomes less about how fast we got to where we are as it does to how rapidly we can get out of it. As the global economy has come to a complete standstill with Americans confined to their homes, it’s not all that difficult to understand that we are likely already in a recession. In fact, the hallowed Sahm Rule Recession Indicator, which signals the start of a recession when the three month moving average of the national unemployment rate rises by greater than .50 percentage points relative to its 12 month low, is already confirming this when you factor in the initial 3.28 million new claims, let alone the 6.6 million that immediately followed.(3) The truth of the matter is that the occurrence of a recession always precedes the confirmation of one many months later. But as we’ve never dropped so deep so fast, it’s important to remember that we can’t fully compare this situation to past crisis situations and recessions. The financial crisis of 2008-09 peaked with a 10.1% unemployment rate in October of 2009 and 37,118,000 claims being filed during that recession, but it took much longer to get to those numbers in a what was a slow building, arduous and protracted economic downturn. (4) As big as those numbers were, there are some analysts including Saint Louis Fed chief James Bullard who are predicting the corona virus induced job casualties to produce up to 47 million job losses and a 30% unemployment rate. (5) However, Bullard is quick to point out the temporary and fleeting nature of such a situation, fully expecting a boom economy to result if we are able to rapidly put those losses in the rearview mirror. For as the recession of the 2008-09 financial crisis took longer to develop, it also took an extended period of time to emerge from. Within the current economic downturn, the longer the duration of the pandemic and its effect on shutting down large parts of the economy, the broader and deeper the downturn will be, and the more difficult to emerge from and put behind us, making the ultimate test a matter of duration as much as it is a matter of depth. As far as unemployment claims serving as any type of indicator in this rebound, it’s not going to be about when they start to level off as much as it will be about when the overall rate starts to go down as a result of Americans going back to work. Even with that, unemployment numbers serve only to confirm what we already know about the economy. With the unemployment rate being a lagging indicator, the economy will already have been well on its way to recovery by the time claims are decreasing and the rate is declining. Indeed, the best thing to look for as far as any type of leading indicator with any semblance of predictive power will likely be anecdotal in nature, all starting with a financially healthy corporate environment and consumer. It’s when businesses and corporations, shopping malls and hotels, restaurants and airlines all start to open their doors again, encouraging people to come back to work in allowing them to earn salaries and fuel consumption to drive the economy. It will be visible in our daily lives before it is fully visible in the unemployment numbers, and that’s not likely to happen until we see the numbers of those being infected with the coronavirus start to level off and go down.