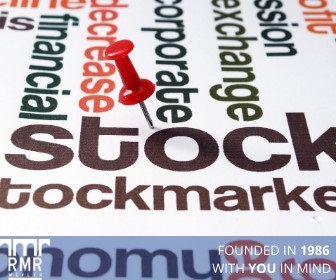 President Trump announced last week that he was imposing an additional 10% tariff on $300 billion of Chinese goods entering the U.S. on September 1st. The news broke right after our Federal Reserve lowered interest rates 25 basis points. The following day the markets, which were positive about 250 points in the morning dropped over 500 points to a negative 250 points in a flash when the news broke. By the end of last week, the S&P 500 dropped 3.1%, the Dow dropped 2.6% and the tech heavy Nasdaq dropped 3.92%.

The bond markets saw huge inflows of money and the benchmark 10-yr Treasury fell to 1.84%, its largest yield drop in one week in over 10-years, according to Barron’s. The Fed funds futures have now built in a 99% probability that the Fed will once again cut rates by 25 basis points in their September 17th meeting. A further cut of an additional 25 basis points now has a 74.8% probability.

Monday, August 5th, witnessed a huge 700+ point drop in the DOW, as China, in response to Trump’s moves the week before, allowed their currency, the yuan, to devalue against our dollar, making China’s goods cheaper in the world economy. Trading at more than 7 yuan per U.S. dollar for the first time in 10 years, traders debated whether the yuan weakness signaled a willingness by China to use its currency as a weapon in the trade war. This action was viewed as a heavy blow to any possible quick resolution of the conflict, triggering the sell-off.

Allan von Mehren, chief analyst at Danske Bank, warned that weakening of their currency any further would backfire on China and they would not want to see any further devaluation. Chinese officials also stated, “they would be eager to avoid a repeat of the 2016 yuan weakening episode which caused significant outflows of capital from the country.” China also would fear that the U.S. would retaliate further against China exports. The best guess is that both sides will cool off until the September trade meeting between the two countries.

China also announced they were cutting off agricultural purchasing from the U.S. President Trump angrily announced that the Chinese government was manipulating its currency.

The fear of an escalating trade war between the two largest economies in the world has investors on edge. Since Trump’s announcement of new tariffs, the DOW has declined about 6% in the past three trading days, wiping out trillions of dollars. The DOW is now back to its May 27th close, giving up all its July gains. It is possible that President Trump guessed correctly that the Chinese government’s next move would be to devalue their currency virtually forcing our Federal Reserve to lower our interest rates once again. Trump wants lower rates in the U.S. as he heads into the 2020 election. He was unhappy the Fed only lowered 25 basis points last week. He also may have thought the timing was right to impose further tariffs, pressuring the Chinese government even further with the Chinese government dealing with the major rebellion in Hong Kong, which is getting more violent by the week.

Hopefully, both sides will finally make the concessions necessary to end the war. Both lose if it continues much further.

As investors we must remain calm and realize this is nothing new! We went through a similar period in 2016-17 with China which is all but forgotten today. With the close on Monday the DOW has now retrenched to its May 27th closing price. The good returns of July have evaporated in just four days!

It is never a good idea to make quick emotional moves in a volatile period such as this. As long-term investors we must stay the course during periods of turmoil, they usually resolve themselves in a relatively short period.

Please do not hesitate to call us if you would like to discuss the current situation.