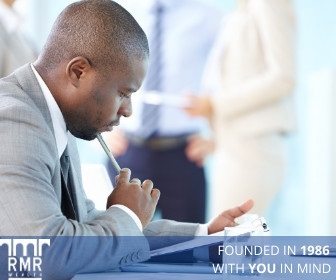 We have recently completed a full review of the RMR Pillar Portfolios for the Third Quarter of 2019. Take a look at our Third Quarter Investment Notes, detailing our reasoning for the changes and our market outlook.

The environment in the fixed income space has continued to improve in the month of June, the US Aggregate Bond index is up 5.84% YTD. The June 2019 Fed meeting the Federal Reserve said it does not expect to cut rates in 2019, but eight members of the Federal Open Market Committee indicated they were in favor of one rate cut this year. Fed Funds futures are indicating a greater likelihood of a rate cut than a rate hike over the next twelve months. Below are the Fed’s projections for the Midpoint of the target rates going forward; they show little willingness to increase rates without any major changes to the market. 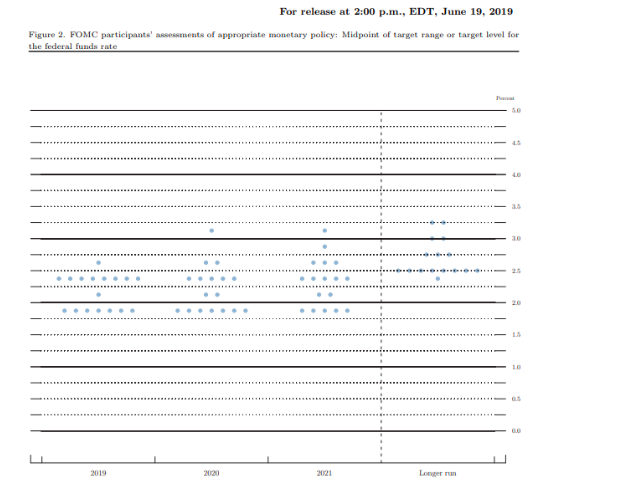 Our Equity outlook remains positive for Q3. With the S&P breaking through 3000, Chinese trade tensions calming, attractive macro indicators and an expected rate cut from the FED, it’s hard not to have a positive outlook.  Bloomberg’s probability chart of a FED rate cut has drastically increased since the last decision of leaving them unchanged. Paired with an economic slowdown a rate cut is almost certain. Investors are betting the cut to be between 25-50 basis points. If this rate cut happens it can turn the recent economic slowdown around and spark expansion.

Investors may start to become more attracted to safer Larger Cap companies due to where we are at in this Bull Market cycle. The IMF’s acting chief, David Lipton, has recently backed new monetary stimulus in order to strengthen a slowing global economy. This can help extend the back end of this late bull cycle we are currently in. The European markets have been a bit irregular recently but have bounced back and are performing surprisingly well after China reported a 27-year low growth rate.

The Pillar Portfolio Investment Team met on July 2nd to review all current holdings and make changes deemed necessary due to market movement and fund performance. The investment team has agreed that we would remove 3 positions from our models.

Our new data analytics have pointed to the committee’s ability to make effective allocation decisions (like over allocating to Large-Cap Growth and under allocating International) and has also shown that active management in certain asset classes has been ineffective. The two equity positions being removed have had positive returns since they were added to the portfolios but have not kept up with their category benchmarks nor the S&P 500. The proceeds were consolidated into existing model holdings with a more passive strategy.

Since the start of 2018, the Committee been shorter on the duration in our Fixed Income portion in our Qualified models than the benchmark, at this time the committee has agreed to reduce the ultra-short allocation by removing a position and consolidating to other existing holdings.

If you have any questions or want more information on our Third Quarter market outlook, please reach out to us at RMR Wealth Builders.