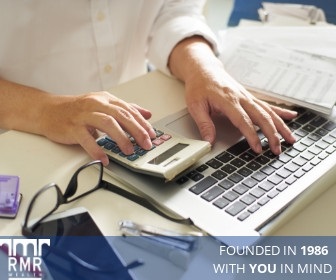 The following are true stories.  The names have been changed to maintain confidentiality.

Several years ago, I worked for a firm that advised and provided Executive Carve-out benefits for our corporate clients.  That means Guaranteed Issue Life Insurance and Guaranteed Issue (Individual) Disability Insurance above what the companies offered in their Group Plan.

A new partner at a well-known international firm declined to meet with me.   He was certain that being a partner meant that the company would look after him under any circumstances.  Besides, he felt young and healthy. He told me he would address all of this as he got a little older.

A little over two years later, I received a call from him.  He asked if we could meet for coffee near his office. My Spidey Senses were immediately tingling.  After introducing himself and taking a sip of his coffee, he asked that our conversation be in strict confidence.  He didn’t want his firm to know that he had been missing work because he has Multiple Sclerosis (MS). He was no longer in control of his body, nor his life.  He had looked into his disability coverage through the firm; what they told him he was getting was notat all how he understood it. He was hoping I could show him where they were mistaken.

Clearly, his benefits group was mistaken.   He had chosen the 70% of income option, and they told him that he was only going to get $10,000 a month. AND it was taxable, because he had chosen to have the company pay for the coverage!  That meant he was going to be bringing home about $7,000 a month; about $18-20k less than he was bringing home now.

His benefits group was not mistaken.  He had chosen the 70% option, but it capped out at $10,000 a month.  (This is common. A few companies chose policies that cap at $15k and even fewer choose a cap of $20k).  When I confirmed that his benefits group was correct, I saw an already weakened man, crumble. The wheels started turning when he realized that he was now going to be bringing in less money as his medical bills started piling up.  At this rate, his family would be out of money inside of 3 years. The dreams and plans he and his wife had for their family were literally withering away inside his body and he was helpless to solve this problem.

We didn’t talk about what could have been.  It would have hurt both of us too much for me to tell him that the program he was eligible for the 2 years prior would have allowed him to get up to another $15k a month tax-free.  Their goals and dreams may not have stayed exactly the same, but he and his wife wouldn’t have to live in fear.

Over the next year things only got worse.  The company’s policy stated that after 52 weeks of disability, the company and employee would formally part ways.  This meant, he was losing his health insurance and there would be no more contributions to his pension. They moved out of Westchester County and into a small house near his parents in Rhode Island.  His lovely and talented wife, who loved nothing more than being a mom to their children, was now working in the first job she could find that offered health insurance. I stayed in touch with them for a few years after they moved.  It was very hard for her. In one of our last conversations, she shared with me that her life had become very scary and very tiring.

Another frustrating example of missed expectations came while working with a few partners at a law firm who were approaching mandatory retirement.  The firm provided $1M of life insurance for each Associate. Partners were provided $2M of life insurance paid for from the Partner Pool, with the added bonus that they can take the policy with them when they retire, as long as the Partner continued paying premiums.

Each of the Partners I spoke to was counting on the insurance as part of their retirement and legacy planning.  They were also counting on the premiums being the same as they were when they were Associates 25 years ago.

Group policies (and many individual policies) have what is called increasing premiums. Meaning, the premium starts out fairly low when you are younger and gets increasingly larger as you get older.  In almost all cases, the premiums become unsustainable, or at least unnecessarily expensive, unless you are in poor health and couldn’t get insurance elsewhere.

The premiums to maintain these policies were well outside the budget for all of the partners once they began retirement.  Each of them was confused, frustrated and angry. Angry at the firm for not doing a better job explaining the particulars of the policy; and angry at themselves for not being more diligent in their own planning.  They were counting on a permanent life insurance policy in retirement. This was their permission slip to spend in retirement knowing that their wealth would be replenished for their spouse or children when they passed.

The frustration was compounded when one of them asked what it would cost to get a whole life policy at his age.  In our analysis we found out that if he/the firm had contributed the same amount to an individual whole life policy as they had to their increasing term policy, they would not only own almost $1.6M of permanent insurance but would have a cash value of over $800k.

“Imagine how different my retirement would be.”  He suggested, then asked me to stop imagining because he didn’t want to know.

When it comes to corporate or employee benefits, we need to know, ‘what we’ve got before we’re gone.’

Retirement planning is getting more difficult and confusing. We, at RMR, are here to help you find the best possible solutions and strategies to make sure you don’t find yourself in situations like these. Contact Joseph Eagan, or Jared Weber today to get started.