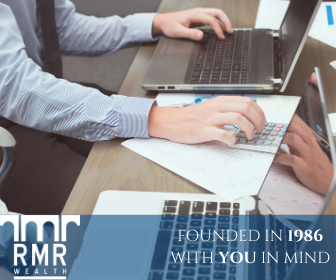 While their stores have been shut down for business, many retailers have not been paying rent to their landlords.

Over 40% percent of major retailers failed to pay rent in full last month due to the coronavirus crisis, according to a recently released report from Datex Property Solutions. The list of major national companies missing their rent payments to landlords includes some of the biggest and best known names in retail: Foot Locker, Bath & Body Works, Gap, Kirkland’s, DSW, Barnes & Noble, LA Fitness, Regal Cinemas and Bed Bath & Beyond. Not included among the percentage of retailers who have not paid their rent are those that have negotiated some type of rent relief with their landlords, which if factored into the calculation could make that number even less flattering. Still other companies, like Starbucks, have made their rent payments but are in the process of seeking some type of relief going forward from their landlords.1

While May rent payments to landlords have ticked up 4% from April, they remain down almost 40% from year over year numbers, with 93.5% of total rents being collected by landlords in May of 2019. National and non-national chains were paying 96.25% and 90.8% of their respective rents during that time period as a testament of a healthy and burgeoning economy, with the crippling effects of the coronavirus crisis forcing those numbers to plummet to their lowest levels in history in April with national chains and non-national chains paying 56.7% and 51.5% respectively of their collective rents. 2

Many top retailers are struggling to survive and avoid bankruptcy while others are finding ways to innovate their operations in a manner that has helped them to identify present or future opportunities to strengthen and improve their businesses. Through four months of the coronavirus pandemic crisis, this redefining and reinventing of the retail sector is one of the compelling narratives that has emerged within the national economy. Technology companies have been the most successful at innovating their operations, providing leadership for the economy and markets, as evidenced by the NASDAQ 100 recently creating new all-time highs on the back of record performances from the likes of such companies as Apple, Amazon, Google and Netflix. More modern companies such as Uber, Instacart and DoorDash have flourished in their ability to leverage technology while traditional brick and mortar retailers who are most reliant upon in store traffic have suffered the most, with companies such as Macy’s, JC Penney and Sears falling to depressed levels and failing to fully participate as the market has appreciated off its April lows. Supermarkets have thrived based on their essential nature, while most of the stores and businesses alongside them in the strip malls have been devastated. There’s an old but timely saying that “bad companies are destroyed by crisis situations, good companies survive them and great companies are improved by them.” In as much as this is true, the longer a crisis endures, the more companies deteriorate in general and the less good and great companies that remain. As much of the carnage has to do with the shutdown and social distancing restrictions forced into play by the coronavirus crisis, expect that the state re-openings in relation to essential and non-essential businesses will exert a significant positive influence on the health of both corporate America and Main Street. Expect the situation to improve as the crisis recedes and expect that rent payments slowly trend upward but take some time in getting back to pre-crisis levels with some unfortunate permanent casualties along the way.