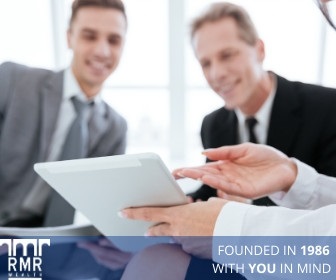 While history affords us the hindsight to see exactly when and where each bear market ends, trying to do so in the present has usually proven to be inaccurate, unreliable and harmful. The end of the volatility and bottoming process is typically accompanied by the decreasing frequency of bad news and the increasing frequency of good news coupled with the general abatement of fear and the gradual increasing of confidence.

With the S&P 500 down over 28% year to date and 35% from its February all-time highs, investors are clamoring to know when this vicious downturn will come to an end.(1) In response, analysts are quick to point to all different types of technical indicators and numerical ratios to define a bottom. Some are saying that we have further to go, albeit disagreeing on just how much further that is. Still others are saying that we’ve seen the worst and that we are at the bottom right now and already on our way to recovery. Unfortunately, time has proven that the ability to successfully make such predictions is not so good, and that there are no such failsafe formulas or magical crystal balls. But while it is impossible to always be able to forecast exactly when and where stocks will reach their absolute lowest points, it should not be entirely disconcerting in that the broader market has always increased its valuation over time in recovering from such market bottoms.

In acknowledging the inability to predict a market bottom, it is still critical for us to analyze the situation for what it is and how it got us to where we are. For one, while there are other factors involved to a certain extent, the majority of this market drawdown is related to the paralyzing effects of the coronavirus on the global economy and its ability to shut down everything around us. What’s more, it transcends this initial economic paralysis in having instilled a massive global hysteria and fear where entire populations are in a terrifying panic. People have been locked up in their homes or apartments for weeks, afraid to venture outside or to shake someone’s hand or to come within even a few feet of distance when walking down the sidewalk. People are hoarding toilet paper and hand sanitizer and buying enough groceries to last them for months without having to come into contact with another human being. Inasmuch as there is a financial crisis that is shutting down the economy and driving down the markets, there is an overriding health crisis that has everyone fearful for their own lives. People do not want to go outside their homes, let alone the store or the office or wherever it is that there might be other people. They are fearful that they will never be able to come out of their homes or go back to work again. They are fearful of getting sick and dying, and they are fearful of getting others sick as well. The country is largely frightened and full of apprehension.

Understanding the psyche of the people across the nation, it becomes clear that the fear must subside before life, personal and professional, returns to some semblance of normalcy. Right now, the narrative providing context to the entire situation is dark and grim. The news has been consistently bad and is continuously getting worse. And it’s quite possible that it continues to get worse for some time. What we know is that as we get more testing kits, more people will be identified with the virus and cases will continue to increase until they peak at some unknowable time in the future. We know that a proposed stimulus bill is just that until it is passed. We also know that the economic news is going to be bad. The economic numbers, corporate earnings, consumer sentiment, GDP-they will all be bad, as will the job numbers that are scheduled to be released this week which will show all of the recent layoffs. At this point, it seems that there is no end in sight and that the news can only get worse. But there will come a time when that all changes.

Such inflection points are always easily identifiable in hindsight, but the invaluable combination of faith and rationality must be firmly in place well before that to help overcome and move past the fear and anxiety when things are most uncertain beforehand. Though bear markets last an average of 22 months and produce market losses of 39%, these are just an average with each bear market presenting novel factors in and of themselves lending to the creation of those averages.(2) Some have been longer than others, and some have resulted in greater drawdowns than others. Whether the markets are a leading indicator in pricing in the recovery sooner, or whether they wait for the economy to show signs of rebounding remains to be seen. It’s certainly possible that strong and appropriate fiscal stimulus serves as a placating factor for the markets in assuring them some stability and providing them a tremendous base for future growth once things begin to ramp up. Such a package will go a long way to bringing some well needed calm to the markets. But even so, the nation will have to move past the rest of this suffocating paranoia to fully take advantage of and capitalize upon such stimulus in fulfilling and realizing why it’s being supplied. That will all take time. And while the near-term prospects are much better the faster that happens and the further removed we get from the acute phase that began only a few weeks ago, exactly how much time that takes is difficult to predict with any sense of precision. The late investment industry pioneer John Bogle said that “the idea that a bell rings to signal when investors should get into or out of the market is simply not credible. After 50 years in the business, I do not know of anybody who has done it successfully and consistently.” (3) Alongside Bogle, legendary investor Warren Buffet has repeatedly echoed similar sentiments saying “I can’t time stocks. And I don’t know anybody else who can either.”(4) Accordingly, trying to accurately predict a market bottom is not nearly as important as it is understanding how to stay the course and how to stay appropriately invested for the long term when that bottom is forming, whenever that may be and however long that may take. This too shall pass.