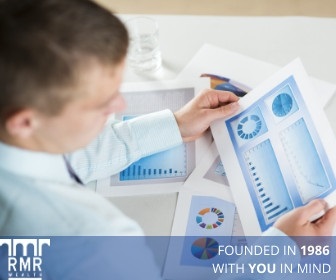 With oil prices plunging to a 17 year low alongside the coronavirus pandemic, the markets are dealing with the simultaneous emergence of two black swan events, a vicious 1-2 combination that has the global economy reeling.

When Russia and Saudi Arabia defiantly vowed to increase oil production on March 8th, oil prices plummeted the most they had in a single day since the 1991 Gulf War. This was viewed to be as much as an attack on the US oil and shale industry as it was a battle between the two countries themselves. What was particularly inauspicious about the timing of such a move was the fact that the US had already recently been thrust into the midst of a demand slowdown as the result of the coronavirus. With businesses scaling back and shutting down, airlines cutting back on flights, transportation of all sorts grinding to a halt and consumers hunkering down in their homes, the near-term demand for oil will remain low as the prospect of a global recession looms. The longer it takes to pull out of the downturn, the more pain we are likely to see as far as struggles and bankruptcies among oil companies.

As of Wednesday March 18th, the S&P Oil and Gas ETF was down over 64% on the year, significantly lower than the broader S&P average. (footnote 1) While coronavirus in and of itself is having a massive and unprecedented effect on pushing the markets lower, the relentless selling in the oil and energy markets is adding plenty of fuel to the fire and forcing the declines to accelerate and deepen significantly. Two of the steepest market selloffs in the past few weeks coincided with even steeper selloffs in oil prices. On Monday March 9th, the Dow was down 2000 points after the production war was initiated the day prior, with oil trading down as much as 34% before closing the day down 25%. And on Wednesday March 18th, the Dow was down over 6% after US benchmark West Texas Intermediate plummeted 24%. (footnote 2) While demand slowing down is a big factor here, the supply side pushing out so much unusable production amplifies the situation significantly. And while the financial markets selling off due to the coronavirus are expected, they are also intensified by the effects of the production war. The erosive consequences of the coronavirus on worldwide demand for oil is exclusively devastating, but coupled with Saudi Arabia and Russia selling oil below $30 per barrel it becomes much more of a scary reality and much more of a likelihood that there will be a global recession. It was this “1-2 punch” that Warren Buffet said took him “89 years to experience”. And it is this same 1-2 punch that is proving itself an incredibly lethal combination to deal with all at once, as many of the days that we are seeing with the most pronounced selling pressure in the markets are coinciding with the days that the price of oil is declining most rapidly.

The worse possible scenario is for demand to be suppressed as long as possible and for the price war to last as long as possible. The lower the prices and the bigger the supply glut, the sharper the deterioration in the US oil and energy markets and the more misfortune for corporations with layoffs and bankruptcies, with this scenario especially pronounced during the peak stages of the pandemic. Casualties aside, it’s not so likely that there will be any winners in a production and price war. For one, only part of the situation has to do with production. Ultimately, demand factors into the equation with the US holding most of the cards in such a situation when the pandemic fades. And while all producers have slightly different breakeven points, none of them make money with prices so low. The longer the producing nations forego profitability for market share, the more harm they are inflicting upon themselves to do so. As such, it becomes a matter of who is most resourceful to weather the storm. Neither Russia nor Saudi Arabia have the economic fortitude to do such a thing for very long without causing significant harm to themselves. Indeed, this is reminiscent of the US-Soviet Union nuclear arms race during the Cold War in the late 80’s-early 90’s where the US and the Soviet Union engaged in a massive spending war to build their respective militaries. Toward the end of the arms race, the Soviet Union was spending over 30% of their gross national product to build up their military. (footnote 3) Such a strategy was foolish and entirely unsustainable. This ultimately had a devastating effect on the rest of their economy and crippled their country in bringing about an end to the Cold War.

Understanding how the variable of resourcefulness in the equation is so important in providing the ability to weather an extended price war in the oil markets, it becomes more apparent just how much of a blow it is for the United States to have been brought into this price war at the most inopportune of times. With a thriving shale production market and a voracious worldwide appetite for oil consumption prior to the coronavirus pandemic, the US was in an extremely solid position to better withstand any acute or prolonged outside attacks as far as increased production or price cuts from the OPEC nations or Russia. In fact, it’s much more likely that there would never have been a production and price war if not for the coronavirus providing such an opening. But with the coronavirus bringing demand to a virtual standstill, that resourcefulness is much less prominent, at least temporarily. And with that, a very fortuitous time for competitors to the US market to look to take advantage as they did.

Despite the broader and deeper context of this newly entered bear market being all about the coronavirus, the Saudi-Russia production war has undoubtedly exerted an augmenting negative effect. Demand is down because of the coronavirus pandemic. But demand will not be down forever. The offices and schools won’t be empty forever. The streets and restaurants will not be empty forever. People will start going back to work. They will start driving their cars again and start going out to eat and go shopping again. They will start flying again, to take vacations or to go on business trips. Business will come back, and with it so will production and the demand for fuel. With that demand coming back, so will the resourcefulness of the nation. And with that resourcefulness, the economy will resume the growth mode that it was in prior to the coronavirus related shutdown, giving the nation the ability to withstand and beat back the effects of an oil production war with its competitors. The sooner we are able to stop the spread of the virus and move past the pandemic stage and get back to life and business as usual, the sooner and stronger the economy will rebound. At that point, if they’re still at it, it will become increasingly more difficult for the Saudis and Russians to attempt to inflict damage upon the US oil industry and the US economy as a whole. From there, it will become more of a balancing issue as the positive effects of cheaper oil and gas can be realized as well. There are benefits to the consumer as far as prices paid at the pump, and there are benefits to warehouses and airlines and transportation companies that create tremendous profitability. None of those benefits extend to the Saudis or the Russians, yet they all help our economy prosper.

Lastly, its critical to remember not only how cyclical and volatile the oil market has been historically, but also how big of an influence it has had over the years on both businesses and the consumers. In the 1970’s, there were two gas crises caused by oil shortages that caused lines stretching miles long at gas stations while the price of gas skyrocketed from .36 cents a gallon to $1.19 a gallon. (footnote 4) Both the Iran-Iraq war in the 1980’s and the Gulf War in the 90’s caused the price of oil to double seemingly overnight. It was in 2008, the last bear market, where oil reached its highest price on record at $145.29 a barrel on the New York Mercantile Exchange.(footnote 5) Prior to that, it was as low as $12.42 in 1999 and after that it was as low as $36.76 in 2016 (footnote 6) If there’s anything to be learned by this, it’s that we’ve been here before. We’ve been through the production and price wars, we’ve been through the supply and demand issues and we’ve been through the drastic price fluctuations. The price of oil goes up, the price of oil goes down. Whether or not there is a perfect pricing point that represents a harmonic ideal is debatable. But there’s no denying that as with most things in life, there are both advantages and disadvantages of both higher and lower prices. What’s necessary to capitalize on those advantages while minimizing the disadvantages is maintaining a strong and growing economy while keeping consumers financially healthy. And it’s the temporary inability to do this caused by the coronavirus that is allowing price instability to have a more distinct impact on our economy and financial markets. The pain doesn’t seem like it will ever end at this point. Don’t expect that to last forever.