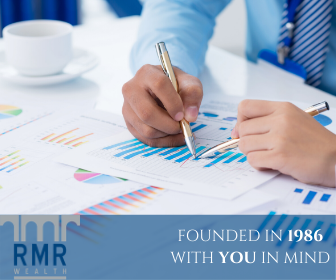 With three coronavirus stimulus packages already passed, it may only be a matter of time before we see a fourth. As massive as the most recent $2 trillion package was, it’s possible that the next wave of fiscal stimulus will be even larger. Despite being the largest stimulus in history by a longshot, it’s very likely insufficient to solve the economic crisis in and of itself. Until the spread of the coronavirus is contained and confidence becomes significantly restored, the economic havoc that it is wreaking will continue, requiring more and more support to keep individuals and businesses solvent.

On Friday March 27th, a $2 trillion stimulus bill was signed into law to combat the dire effects of the coronavirus pandemic that has brought the global economy to a near complete standstill. The package includes direct cash payments and extended and enhanced unemployment benefits to individuals, loans to small businesses and help for afflicted businesses among many other things. The relief is targeted at those who have been directly harmed and will provide immediate benefits for individuals and businesses, but it has become increasingly more clear that it will not be enough to avoid or recover from a recession given the depth and duration of damage that has occurred. As massive and as helpful as the recent rounds of stimulus have been, they are designed to function as much as life support to get us past a certain point in as good of a position as possible as they are to re-ignite future economic growth.

No sooner was the most recent bill enacted as the next bill was being discussed, another multi - trillion- dollar package designed to transition the economy from a stabilization phase to a stimulus phase. Whereas the previous bills were intended to keep individuals and businesses afloat by compensating them for lost wages and revenues, the next measure would possibly be aimed at rebuilding and revitalizing the national infrastructure and replenishing state budgets for lost tax revenues. But the longer the crisis extends, the more essential it becomes to provide additional measures to continue to support individuals and businesses considering that the initial stimulus was designed to get them through 60-90 days of being either shutdown entirely or significantly compromised. Small businesses employ roughly half of the working age population. They create twothirds of net new jobs and account for 44% of total U.S. economic activity.(1) A recent JP Morgan Chase study showed that half of small businesses have a large enough cash buffer to allow them to keep business going for 27 days with zero business.(2)The longer we remain shut down, the less sustainable the benefits of the initial stimulus and the more businesses that fail and employees that go jobless without added measures of relief. As such, it remains critical that the damage to the consumer and to businesses is limited as much as possible to allow for as quick and significant a rebound as possible. As the most significant variable in the current equation remains the length to which this pandemic prohibits and hampers activity, it’s not unreasonable to think that whatever stimulus may be forthcoming will be influenced by what we see in the amounts of people that are continuing to be infected and dying. The longer it takes the curve to flatten and recede, the more likely the next bill will include even more benefits to sustain workers and businesses in paying their bills and not going out of business. It will also need to provide more funds to states and larger corporations to keep them from defaulting on their debt. The most recent stimulus bill provided states approximately half of what they Fiscal Stimulus: There’s More to Come asked for, while Moody’s credit rating agency has warned that they still anticipate an increase in defaults and liquidations. (3) Conversely, should the pandemic begin to abate sooner, the more likely the next stimulus will seek to empower businesses to grow and bring people back into the workforce, with a particular emphasis on rebuilding the infrastructure of the country in revitalizing our roads, bridges and tunnels. Regardless of what type of stimulus will be next, there’s going to be more stimulus-and most likely a lot of it.