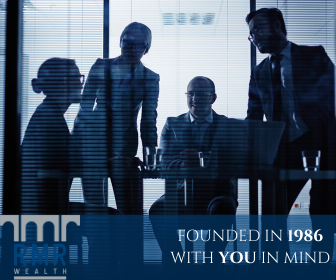 The timely expression has long been used to justify the influence of Fed policy on the stock market, suggesting that investors can do well to invest in a way that aligns with current monetary policies of the Federal Reserve Board, rather than against them.

Amidst the mounting toll of damage to the economy as a result of the coronavirus pandemic, the Federal Reserve announced last Thursday that it will inject another $2.3 trillion of additional stimulus to help support the American economy. The package is aimed at providing relief and stability to small and mid-sized businesses, state and municipal governments as well as supplying assistance to some of the hardest hit areas of the financial markets such as the high-yield and lending sectors. Specifically, the central bank will support small business and main street through buying up to $600 billion in loans to companies with fewer than 10,000 workers or revenues less than $2.5 billion.(1) For states and municipalities, the Fed will look to offset lost tax revenue and budgetary strains by providing up to $500 billion in loans through the purchasing of municipal bonds. (2) The Fed has also expanded an existing corporate lending program to assist corporations whose credit standing may have been adversely impacted and downgraded as a result of the economic downturn.

The Fed’s continued actions are designed to accomplish several primary objectives. First and foremost, they are designed to provide liquidity to a corporate economy that is increasingly running short on cash, causing operations to “freeze up” across the country. Also, it provides an essential form of “life support” in supplying cash inflows that allow the private sector to sustain itself for a period of time with little to no income. Lastly, it provides for reassurance and the restoration of confidence to ease the pain, overcome fear and move forward. Federal Reserve Board Chair Jerome Powell said that “the Fed’s role is to provide as much relief and stability as we can during this period of constrained economic activity.” In doing so, the groundwork for the economic recovery is being laid through the most massive and comprehensive forms of monetary stimulus in history. (3)

The Fed’s actions have been forceful, proactive and aggressive in nature, as well as necessary and essential to sustaining our economy. Moreover, their actions have been unprecedented in depth and breadth, supporting areas of the economy that they’ve never supported before and in ways they’ve never supported them. In providing liquidity to the burgeoning speculative grade corporate debt sector, the Fed provided a lifeline for companies being ravaged by negative economic conditions. While the Fed has never provided direct support in this area, the amount of companies that had fallen from the ranks of investment grade to junk status since March 22nd was far too significant to ignore. Indeed, Bank of America and Citigroup have both estimated that at least $200 billion of investment grade debt would be downgraded to junk status during this downturn.(4) Credit rating agency Moody’s downgraded speculative grade credit to negative and forecast a default rate as high as 18.4% for the asset category.(5) As 84 companies have already been downgraded in March alone, the implications of a negative credit rating and the increased rates and default risk that come along with that are incredibly worrisome to a corporate sector as far as generating revenues and maintaining full employment.(6) There’s a large element of desperation in those numbers amidst a very negative backdrop. The Fed’s actions serve not only to support the stability and future revitalization of those companies, but the stability and future revitalization of the American consumer as employees of these companies and the American economy as well with the consumer representing over two-thirds of GDP. Emergency measures for times of emergency.

It’s been four weeks now since the Fed acted to cut interest rates to zero, a never before seen reduction that left many thinking that the Fed had prematurely expended all of its bullets leaving it with insufficient ammo to fight off an extended downturn. But as we’ve seen, the Feds playbook is limitless, especially with a supportive Treasury, with an evolving array of options inclusive of all sorts of monetary stimulus and support. Imagine the relief for a municipality and its investors if it is being bankrupted by as a result of the pandemic. Now the municipality doesn’t have to file for bankruptcy and the investors are not left holding the bag. Imagine also the relief for a corporation that was not going to be able to sufficiently borrow from the banks and was going to have to sell a stake of its company to the government, or a recently downgraded company who was not able to raise any money from investors in bond offerings because of the risk profile. The Fed has taken those risks off the table, allowing those municipalities and corporations to restore themselves while simultaneously restoring confidence in investors. These provisions are not the bailouts of the 2008-09 recession, and these are not the companies or municipalities that required them. These are companies and municipalities that were in good financial help prior to being forcibly shutdown as a result of the pandemic.

While this is not to say that all of this stimulus is without consequence or concern in the amount of national debt that is quickly accruing as a significant percentage of GDP, the belief is that a strong and healthy economy driven by vibrant companies and a robust consumer will go a long way toward offsetting it. It’s difficult to argue that the Fed’s actions were unnecessary. In fact, it’s difficult not to be encouraged in seeing the Fed’s willingness to do anything and everything they can to avoid economic devastation. The Fed’s actions have been indicative of the holistic leadership that our nation needs at this time. They’ve stayed ahead of curve in repeatedly stepping up in a big way when we’ve needed them most. Expect the Fed to continue to do whatever it needs to do in a flexible and innovative manner to stabilize our economy and provide the necessary resources to help generate a powerful and sustainable economic rebound.