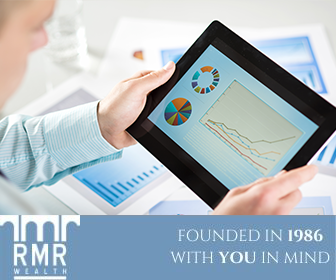 Did Oil Really Go Below Zero?

It was only weeks ago where the price of a barrel of US oil futures plunged below zero, an unprecedented and unfathomable demonstration of the quickly vanishing capacity to store the worlds vast crude supply amidst a global shutdown and non-existent demand. West Texas Intermediate crude settled at negative $37.63 a barrel that day, creating a situation where sellers had to pay buyers to take barrels off their hands.1 Of all the shocking and unprecedented developments the markets have experienced since the onset of the coronavirus shutdown, perhaps none were more shocking, and misunderstood, than the “day when oil traded below zero”.

While the oil markets have continuously shown the ability to influence the stock market, comparing both markets can be very misleading in many respects. First and foremost, stocks can’t go below zero. While there are a myriad of reasons for such a scenario not being possible, it’s important to understand that while an investor may lose his entire investment as a result of a company going out of business and becoming worthless, that investor will never be in a situation where he actually has to pay the buyer to sell his stock. Oil is not traded in shares as a stock, it’s traded as a futures contract on the futures exchange where such contracts stipulate requirements for both the buyer and the seller. These contracts serve as an agreement to buy or sell a particular type of oil at a future date. So when the contract is set to expire, the buyer must physically take the amount of oil stipulated by contract from the seller, with the seller delivering that oil to the buyer. With so many traders holding May West Texas Intermediate(WTI) crude oil futures that were set to expire on April 20th, they needed to sell those contracts prior to expiration so that they would not have to take physical delivery of the oil stipulated in the contract. The problem was that there was nowhere to store the oil, as the global shutdown reduced demand to almost zero and storage capacities were filled to their maximum levels. So for whoever was required by contract to take the physical delivery of the oil, they needed to be able to find somewhere to store it. In such a situation, understanding that oil was not going to appreciate in value prior to the pending expiration, there were no buyers. In fact, there were so few buyers that the price of WTI crude didn’t just go to zero, it went well below zero. As there was almost nowhere to store the oil with storage capacity at its maximum, holders of WTI contracts actually had to pay someone to take the oil from them and store it. As there was a massive premium associated with being able to store the oil, no one was going to buy it from someone else without getting paid to do so. Imagine buying something on Amazon and Amazon crediting your account and paying you to buy it!!!

But for as crazy and chaotic of a situation as this all was, it’s very much of a misnomer to say that oil became worthless, or that it was worth a negative amount. To be clear, when WTI sank below zero on April 20th , not all oil prices went negative. WTI is only one type of oil. There are many other types of oil that are traded including Brent Crude, Louisiana Light, OPEC basket and many more. None of these types of oil traded below zero, not when WTI did and not ever. The only “oil” that traded below zero was the expiring WTI contract for the month of May. Aside from the many different types of oil that trade on the futures markets, there are also many different contracts of each type of oil, with different expiration dates and values, that trade on the futures markets. No other contract for WTI aside from the front month expiring May contract traded below zero. In fact, the June contract, for what WTI will be worth the following month , was trading at $22 while all other WTI future contracts traded in positive territory. So while WTI crude for the month of May was valued at less than $0 for what amounted to a matter of hours, that was the only time, place and type of oil that was ever valued as such. And while it may be true that we will see the same thing when June’s contract expires, it must be understood that the situation is temporary, fleeting and inherently unsustainable. Understanding that at this present moment in time oil usage is at a historical yet artificial low while storage capacities are maxed out on capacity, it’s just as important to understand how undervalued the asset can be as opposed to when it is in mass demand being produced as fast as it can be used without ever needing to be stored. Certainly, as we emerge from the shutdown, consumption will increase and storage capacity will free up as the result.

The thing to remember about oil is that it will always be there...at least for the foreseeable future and for at least for most of our lifetimes. There will be times of greater need and there will be times of lesser need. Certainly, there will be extremes, such as the present situation. There will be times of higher supply, and there will be times of higher demand. Again, always with intermittent extremes as there are now. There will be times when we have greater storage capacity, there will be times of lesser capacity. There have been the gas lines of the 70’s, there have been all sorts of attacks on oil tankers in the Middle East and in the Gulf. There have been all sorts of oil tanker spills, everywhere. There has been all sorts of heralding the oil industry, and conversely there has been all sorts of damning the oil industry. But the most important thing to remember about oil, at least for right now and for the foreseeable future, is that is something that we all need, something that the world cannot operate without and something that we could not survive so well without. It is something very necessary and it is something that is not going away, at least not entirely nor anytime soon. It something essential for the world to operate the way that it operates right now. And as such, its always going to fluctuate in value based on all sorts of supply and demand issues with all different types of causes. At the end of the day, oil is probably the most important commodity on the face of the planet. That commodity will always be worth something to somebody because without it nothing can get done. This is not to say that oil is the best possible fuel that we can have, and it’s not to say that oil is the only source from which we can make so many products. This is not to say that the future will be a future where we rely more or less on oil as opposed to alternate forms of energy. This is just to say that right now oil is everything, and aside from a brief moment in time where the entire world was shut down, rendering a specific contract of a particular type of oil worthless, it will continue to be both essential and valuable to how the world operates.