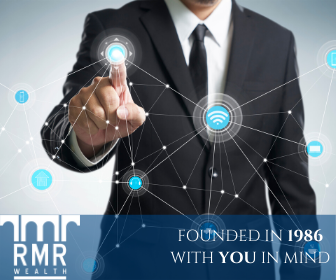 Although the stock market and consumer confidence appear to be telling two different stories, they are both an integral part of the same narrative regarding the influence of the economy and consumer sentiment upon one another at different points of the cycle.

Consumer sentiment has remained virtually unchanged over the course of the past two months, as the University of Michigan Consumer Sentiment Index rose a half of a point over April’s reading, which was at its lowest level in 7 years.1 Despite a rebounding stock market to assuage fears, consumers remain pessimistic regarding the general state of the economy as the coronavirus pandemic triggered a deep and immediate transition into a recession from a rapidly growing and thriving economy.
Personal income and spending have cratered to their lowest levels in decades, while unemployment claims have skyrocketed at the most precipitous pace since the Great Depression. As the US savings rate has hit a record high of 33%, consumers are hoarding cash and reducing expenditures as spending habits remain paralyzed by a pervasive and widespread sense of fear.2

The drop in consumer sentiment from March to April was the largest drop on record, with the index tumbling close to 20%, and indicating just how rapid and severe the effects of the coronavirus were on the human psyche.3 While the index has registered lower readings in the past, never before was there a situation where the bottom had fallen out so instantaneously, as the normal indications of entering into a recessionary time frame are typically represented by a gradual and tapered decline in sentiment. Interestingly, as consumers are feeling increasingly more optimistic regarding their present situations, they are becoming increasingly more concerned and worried with their future prospects. While the actual composite index reading for May consumer sentiment was virtually unchanged, the calculation was less the result of consumers opinions remaining unchanged and more the result of consumers opinions changing significantly toward two separate parts of the overall survey but in  opposite directions. The current economic conditions index rose over 10% while the index of consumer expectations fell 6%.4 As it is a bit atypical to see consumers maintain more optimism regarding their current situations than their future expectations, we are perhaps provided with some insight on the effectiveness of the relief checks and enhanced unemployment benefits packages in stemming immediate economic hardship. Projecting further out into the future however, we can see how tepid and anxious consumers are regarding the uncertainty of this entire pandemic situation and its longer term effects on the economy and their incomes.

As the markets recent advances do not appear to correlate so well with the current sentiment numbers, it’s important to remember that markets typically rebound from their lows several months prior to the end of a recession. Accordingly, there is a similar lag with consumer sentiment, as personal economic perspectives can take some time to acclimate to changing environments and be evidenced practically through corresponding actions. A more positive correlation in this respect would be the correlation between consumer sentiment and spending, as consumers tend to spend more as their confidence rises. For this reason, consumer sentiment levels tend to be influenced more by the unemployment rate than by stock market performance. While consumer sentiment numbers can provide candid insight into the thoughts and direction of the American consumer, they tend to lag other measures of economic performance as a timely assessment of economic activity. Nevertheless, many investors have used sentiment levels to forecast market performance, including legendary investor Sir John Templeton who is famous for having said that “the time of maximum pessimism is the best time to buy, and the time of maximum optimism is the best time to sell.” Although that may not always be true, it was certainly true in this most recent time period as the lowest of sentiment readings in April correlated with the market rising off of its multiyear lows. Regardless, as collapsing consumer confidence may have provided a nice tip of the cap to the markets recent ascension, don’t necessarily expect it to follow the markets rise with such immediacy until the states progress with their re-opening plans and companies start to rehire workers to push the unemployment numbers down.