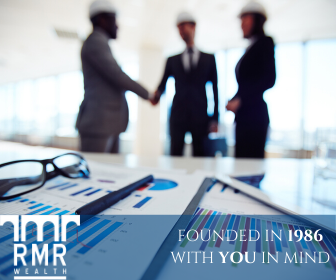 America Getting Back to Work

Both the US unemployment rate and the amount of initial unemployment claims decreased last week indicating the nation’s economy is recovering faster than expected from the coronavirus pandemic shutdown.

The U.S. unemployment rate unexpectedly dropped to 13.3 percent in May, down from a record high in April, as states began to loosen their
coronavirus lockdown restrictions and businesses began recalling employees back to work.1 The Department of Labor announced last week that employers added a stunning 2.5 million jobs in May, the largest increase ever recorded as the unemployment rate dropped from 14.7 percent in April, the highest level since the Great Depression.2 The surprise decline, combined with the upsurge in new jobs, suggests that the worst may be over for the economy as states have begun easing stay-at-home constraints and companies bring back staff and get back to work. Analysts had expected the unemployment rate to rise to close to 20% and for over 8 million jobs to be lost.3 In the early stages of the shutdown many analysts were calling for unemployment rates to reach close to 40%. Last week’s positive data serve as an affirmation that the economy is moving forward and in the right direction, setting the groundwork for a rapid and significant recovery and successive growth phase starting later in the year.

While the unemployment rate has ticked down with the creation of net new jobs, the enduring effects of the coronavirus shutdown continues to exert a profound influence on the number of initial and continuing claims for unemployment even as states continue to move forward with their respective reopening schedules. Over 1.8 million Americans filed for first time claims last week, while 21.5 million continuing claims were filed to extend benefits.4 While such dire and staggering numbers illustrate how deep and widespread the damaging effects of the pandemic have been upon the workforce, they remain reflective of downward trends emerging in the data. The 1.8 million initial claims serve as a decrease of 249,000 claims from the prior week and is significantly below the record 6.8 million claims filed on March 28th. 5 The claims number has decreased week over week from the end of March, dropping the four-week average to 2,284,000.6 Though the weekly continuing claims number ticked up in the past week, the four-week moving average continues to recede with the total falling 222,500 to 22,446,250.7

As the positive employment data is symbolic of a recovering economy, it’s important to maintain perspective. Over 48 million individuals have filed for unemployment benefits since the coronavirus pandemic shutdown measures were activated in March, an amount that represents almost 30% of the pre-crisis labor force.8 And while the unemployment rate has receded without ever having reached the ugliest of analyst forecasts, the 13% rate is still representative of the most people being out of the workforce in the past 90 years. Though millions of new jobs were created in May, there are still over 21 million Americans that are unemployed.9 The good news is that many individuals who had lost their jobs are getting back to work, with less than half of those having filed for benefits in the past two months actually still receiving them. There appears to be a lot of pent up demand in the economy as employers are hiring and many Americans are insistent upon resuming their lifestyles. The bad news is that within the massive pool of individuals currently on the sidelines, a significant number of them may remain there for quite some time with several larger and more prominent cities and states such as New York City, California and New Jersey still mostly shutdown with significant restrictions in place curtailing economic activity.

Last month’s job numbers show that the peak in job losses may be in the rearview mirror. While the economic devastation and job losses have been the worst since the Great Depression, it is also very likely that they will be the shortest lived. The recent employment data serve as confirmation to the positive effects of the monetary and fiscal stimulus that has been provided to support the economy as the coronavirus induced recession is proving to be quite shorter in length from more traditional recessions. Unlike more typical recessions, the economy having been so strong prior to the pandemic seems to have prevented more lingering effects from the shutdown. Though the stock market is in the midst of the most rapid recovery in history, the job market and overall economy still have a long way to go in digging out of the trenches and moving forward. As the narrative begins to shift toward “re-opening” from “shutdown” and to “Americans working” from “Americans not working”, it appears that we are in the nascent phases of emerging from the depths of the recession and building an impressive recovery. It has long been said that the best customer of American industry is the well-paid American worker. Accordingly, the strength of the work force will always serve as the best barometer of the economic health of the nation.