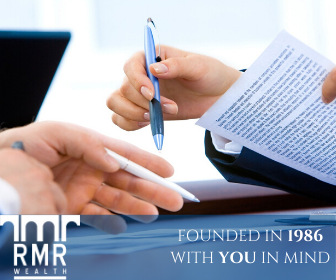 Gold has recorded five straight weekly gains and is up over 19% for the year as the in-favor precious metal continues its surge toward all-time highs. Prices rose close to 2% last week, settling over $1800 per ounce, piercing through a key resistance level for the yellow metal. Gold prices have soared more than 40% in the past 14 months with 2011’s record high of $1,920.30 an ounce firmly in sight. With so many analysts calling for a continuation of gold’s bull market run, we take a brief look at some of the key factors driving its ascent.1 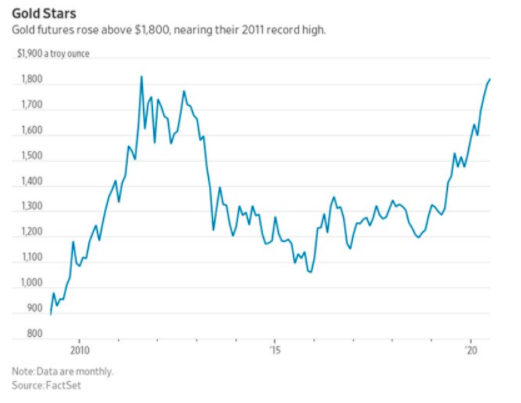 The Ultimate Safe Haven Asset: A safe haven asset is an investment that is expected to maintain or increase in value during times of market turbulence, fear and
uncertainty. Safe havens are sought by investors to limit their exposure to losses in the event of market downturns. While the equity markets have been performing very well as of late, gold has historically maintained a negative correlation with stocks, meaning that it can serve as a valuable anchor and form of insurance in well diversified portfolios.

Weaker US Dollar: As gold is denominated in US dollars, a weaker US dollar can be a strong factor in the metal’s price appreciation. While gold has risen five straight weeks, the US dollar has fallen the past three weeks and four out of the last five weeks. This is a shorter-term trend at the moment, but will be something to keep an eye on as interest rates are at all time lows and expected to remain there indefinitely.

Record Inflows: Gold ETF’s have recorded seven straight months of inflows dating back to December 2019. According to the World Gold Council, global net inflows topped $39 billion for the first half of this year, shattering the previous record for inflows set back in 2016. 2

Fear Gauge: Warren Buffett has said that “gold is a way of going long on fear”. Historically, gold tends to rise in value when investors are most fearful, irrespective of whether that fear is being expressed toward equities, inflation, the economy as a whole or some other source such as a war or the current COVID situation. Prices spiked during the Great Recession of 2008-09, as well as during the oil crisis of the late 1970’s While gold prices have been up all year year, their most recent leg up has coincided with the increase in new coronavirus infections throughout the country. Consumer sentiment continues to flounder, with gold approaching historical highs as Americans are more fearful than ever before.

Falling Bond Yields: While bonds and other forms of fixed income have always represented the ultimate complement to equities in investor portfolios, inconsequentially lower yields and positive correlations to equities have erased most of the benefits that bonds have always served in stabilizing a portfolio and providing for a more efficient risk/reward ratio. Gold is now seen by many as an effective asset class in providing an optimal negative correlation to equities while still allowing for the potential of growth in value where comparable government bonds can no longer appreciate as much in value or provide yield at such suppressed levels.

A cheaper dollar, historically low interest rates, negligible fixed income yields, only the slightest whispers of inflation and a prevailing and overriding sense of fear and uncertainty represent a unique confluence of factors which have precipitated a veritable “perfect storm” of sorts which has been extremely favorable to gold appreciating in value. The interaction of these elements, to some degree, are contingent and influential upon one another. Change is inevitable, but it’s not always so easy to predict when and where it will occur. Until one or several of these factors begin to change, and exert some pressure on changing the other factors around them, gold will continue to remain in a very favorable position to appreciate in value. Nothing lasts forever, but for now all that glitters is gold.