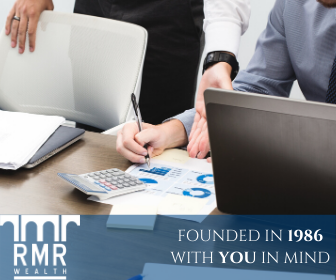 As the total daily number of passengers boarding commercial flights has started to increase from historical lows, airline stocks are looking to move past survival mode and return to profitability. While the numbers are trending in the right direction, there is still a long way to go with a lot of turbulence expected along the way.

For anyone who has lived in the tristate area at any time during their lives, surrounded by three major airports and numerous smaller private airports, looking up above and into the sky at any time of day or night it was difficult NOT to notice one or several airplanes flying overhead. For the past several months, it’s much more likely that if you are staring into the sky that you may be doing so for many hours without seeing so much as one aircraft making its way from one airport to another. On June 25th 2020, TSA Checkpoint data showed that 623,624 individuals boarded planes throughout the United States, compared to 2,711,222 passengers just one year earlier. This marks only the third day since March 19th where the number of airline passengers in the country has topped 600,000, bringing the five-day running average to 557,573. Despite the average number of daily domestic passengers being down over 75% at the moment, the number of passengers currently boarding flights this past week represents a three-month high. The totals have been trending up since the beginning of May but are still among the lowest in the past 70 years. April was a particularly brutal month for passenger totals with 11 days of less than 100,000 total passengers. Factoring out the days immediately succeeding the 9/11 terrorist attacks, the last time the nation averaged less than 100,000 passengers per day was 1954.1 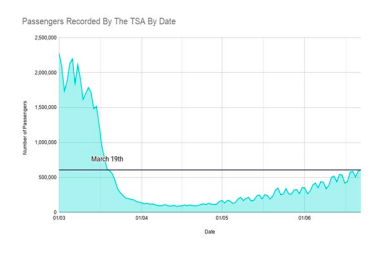 As the crudest yet most effective measure of the health of the airline industry, the total number of daily passengers is currently nowhere near a level where the airlines can survive for an extended period of time, much less turn a profit. During the darkest of April days, United Airlines announced that it was losing over $100 million a day, and that it was reducing its flight schedule by 90% as it expected to fly less passengers for the entire month of May than its daily average for May 2019. Delta claimed to be burning through $60 million a day, while reporting a $534 million loss for the first quarter, despite two of those months being relatively unaffected by the coronavirus pandemic shutdown’s effect on flying restrictions.2 Southwest reported a $94 million loss in Q1, it’s first quarterly loss in nine years. American Airlines was in so much trouble, burning through $70 million in cash a day, that it received $5.8 billion in payroll assistance from the US Treasury.3 Undoubtedly, the airline industry has been one of the hardest hit industries throughout the global shutdown. A drastically reduced flight schedule with few passengers to accommodate represents the ultimate recipe for failure for the airlines.

Though airline stocks are nowhere near their pre-coronavirus levels, as the number of passengers boarding flights continues to increase, the better these companies continue to fare in emerging from the precipice of disaster. The airline tracking etf “JETS” is up over 30% from its lows in April. Some airlines, such as discount carrier Spirit Airlines as well as United Airlines have done even better with their stocks appreciating 55% and 43% respectively in the past ten weeks.4 Jet Blue announced last week that they are reinstating 30 routes as part of their overall plan to increase their operations to a little more than half of its typical amount. Southwest has boosted their June revenue expectations and expects additional revenue and capacity improvements in July. In a press release released this past Thursday, American Airlines wrote to “Bring on Summer”, citing a “slow but steady increase” in passenger demand while increasing their flight schedule to 55% of its normal domestic schedule and 20% of its normal international schedule.5 Accordingly, the airline industry is moving forward as the nation slowly emerges from its coronavirus hibernation. 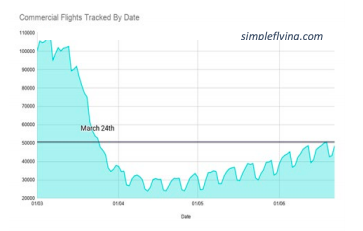 While it is okay to maintain a bullish stance from a long -term perspective, it is considerably more dangerous to do so over the near term. Although the NYSE airline index (XAL) is up 38% from its March 18th lows, the index is actually down 27% from its June 8th highs, which is when coronavirus infection numbers began to spike again in several states across the country.6 Fuel prices, flight capacity, number of flights and employee compensation are just some of the many variables that go into determining profitability for airlines. But far and away, the only number that really matters is how many passengers are flying on planes every day. Every seat on an aircraft represents an amount of revenue to that carrier that determines its profitability, with every empty seat on an aircraft serving as a direct hit to the carrier’s bottom line. Most airlines need to operate at about 75% capacity just to break even. There is no way that the airlines can survive with extensive low passenger counts and regularly empty flights. Even now, as passenger counts increase and flight routes are being resumed, the number of passengers that are flying on planes every day is not even close to enough for airlines to make money.

You can cut all the flights you want, cut all the employees you want and have fuel prices at all time lows, but nothing will save the airlines from going bankrupt if nobody wants to fly. Two full flights per day per carrier is not much better for the overall health of the airline than ten mostly empty flights per day when factoring expenses associated with operating the company as a whole. The airlines will only make money when they are running full flight schedules with large amounts of passengers onboard. Efficiency is important, but it loses significance without scale as supply is irrelevant without demand. But as was the case with the stock market back in late March and early April, the hysteria induced selling was not going to calm down until the number of cases of those infected with the coronavirus started to level off and recede. Same here, as the numbers of coronavirus infections started to recede, and as states began to emerge from their individual and collective shutdown restrictions, consumer confidence started to be restored. As consumer confidence started to be restored, Americans started to get back to work and started to spend again. Alongside such dynamics, the airlines began to rebound as people started to go places again and transportation began to pick up. Unfortunately, as certain states recently began to experience an uptick in new infections, the airlines have begun to retreat in backing off their recently established highs. Popular travel destinations have been shut down again and certain airlines are choosing to implement social distancing protocols onboard which inherently limit capacity. While the number of passengers boarding flights every day has not immediately backed off, it is still very much worth watching how this scenario plays out. The path forward is promising, but likely to include many setbacks along the way. Travel is more restrictive and potentially more cumbersome, with a large degree of uncertainty hovering over the future of how people fly. Regardless, the airlines will only do as well as how many passengers are seated on their planes every day. And the number of passengers traveling aboard planes will only increase when constraints are lifted and confidence is restored as a result of coronavirus related fears abating. At this moment, there are still far too many Americans that are fearful of leaving their houses, let alone forgoing social distancing and travelling on a plane. Workplaces remain remote, vacation destinations remain inaccessible. The airlines will come back, but not before Americans are comfortable enough to begin the somewhat normal resumption of both their personal and professional lives.